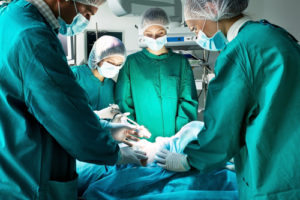 In 2014 we summarized various definitions of implants and the challenges for data accuracy within the Charge Master file. As time has passed, we have found that this topic continues to be challenging for hospital Revenue Cycle and Charge Master Teams. This is an updated article from our July 2014 Implant Definition publication.

CMS and other payers’ differing interpretation of implants have left a growing number of hospitals struggling with Revenue Code assignment which is directly correlated to how the organization defines ‘implants’.

Our 2014 article on implants addressed the background and importance of implant revenue code assignment. We’re republishing this material as it’s been helpful in our CDM Review engagements over the past few years.

In 2009 rulemaking, CMS adopted proposed policy language introducing a new and separate cost center for hospital reporting of supplies and devices on the Medicare Cost Report. The purpose of the new cost center was to differentiate between reporting of low cost and high cost supplies and devices. CMS determined that Revenue Code assignment would be the most logical vehicle for mapping charges to the associated cost centers. The new cost center represents “Implanted Devices Charged to Patients”, and was intended for high cost devices (see Exhibit C). The original cost center of “Medical Supplies Charged to Patients” was retained for reporting supply items not meeting criteria for the new cost center. No financial designation of ‘high’ or ‘low’ cost was adopted.

Based on public comment on the CMS 2009 IPPS Proposed Rule, it became clear that there remained confusion about one of the associated revenue codes: 278, Other Implants. The Final Rule language (see insert) clarifies the effective policy and definitions. Within the guidance, CMS provided a definition of “implant” which varied from National UB Committee (NUBC) and Code of Federal Regulations (CFR) definitions (displayed later in this article). As shown in the excerpt that follows, CMS states that hospitals should use revenue codes to differentiate charges for the two cost centers. CMS felt that this would make conversion to the new Cost Center simple, as Revenue Code definitions did not change. However because of ambiguity and public comment about the definition of implanted devices, CMS stated that it would not require that the implantable device remain in the patient when the patient is discharged. (Note that CMS changed this definition from its proposed rule language). This updated definition still leaves room for interpretation as we discuss later.

We understand that most Cost Report preparers have found that existing Revenue Codes in hospital Charge Master files easily align with the two Cost Report cost centers. However, creation of the “High Cost” center highlighted the ambiguity of the ‘implant’ definition and how some devices should be categorized.

Now, an incorrect device Revenue Code in the charging masterfile can mean payment differences leading to concerns of either lessened reimbursement or compliance risk.

“Implantables: That which is implanted, such as a piece of tissue, a tooth, a pellet of medicine, or a tube or needle containing a radioactive substance, a graft, or an insert. Also included are liquid and solid plastic materials used to augment tissues or to fill in areas traumatically or surgically removed. An object or material partially or totally inserted or grafted into the body for prosthetic, therapeutic, diagnostic purposes…Examples of Other Implants (not all-inclusive): Stents, artificial joints, shunts, Grafts, pins, plates, screws, anchors, radioactive seeds.”

“… Implant means a device that is placed into a surgically or naturally formed cavity of the human body. A device is regarded as an implant for the purpose of this part only if it is intended to remain implanted continuously for a period of 30 days or more, unless the Commissioner determines otherwise in order to protect human health.”

As noted in this article, this definition is commonly overridden with the more current CMS definition referenced in this article. However, we have seen other insurances continue to utilize this time-based definition (see Exhibit B). Since greater focus was placed on Revenue Code designations in 2009, many hospitals have struggled with identifying the appropriate revenue code for certain charge items. Challenging items have included supply items such as:

We find continued inconsistencies in hospital policies for Revenue Code selection for implants. Many are unclear about the use (temporary vs long-term) of these devices as well as the fundamental question of whether the item is truly ‘implanted’.

In formalizing your hospital’s internal implant definitions, the CDM manager should ensure consistency with the definitions used by the hospital’s Cost Report preparers as well as clinical staff responsible for their CDM content. Internal research of various payer requirements, contracted payment terms, and claims edits for different insurance companies is suggested prior to modifying Revenue Code assignments in the CDM.

As we have found, even when using the available Revenue Code, HCPCS, and implant definitions, there will be some ambiguities. For example, clinical staff may feel that certain devices not specifically serving a diagnostic or therapeutic purpose are truly not ‘implants’ in their view if using the FDA implant definition.

Also, the temporary nature of some implants still leaves some hospital teams concerned about Revenue Code 278. Finance and Cost Report staff or consultants should be consulted if massive changes are intended in the CDM file from one category of Revenue Codes to another.

CDM maintenance is a never-ending process, and changes such as the revised Cost Report category can have significant implications if data is inappropriately populated in your files. In the absence of clear guidance, it’s best to develop a more refined set of internal global definitions to avoid confusion. We believe tackling Supply and Device charge items today will result in fewer downstream challenges with claims as well as Cost Report data.

We hope new readers to this older ChargeAssist® newsletter content will find the Charge Management background helpful. We welcome feedback to hear what’s worked well and will share more operational insights about implant CDM management in a future article.

Exhibit A: National UB Committee Discussion of Other Implants

Definition of Other Implants (Revenue Code 0278)

Many people do not consider catheters, guide wires, etc., as implants. Most people think of implants as having some type of permanence. The NUBC has never included any time component in its definitions; we have intentionally remained silent about the window of time.

CMS considered adding a time component in the 2009 IPPS proposed rule. However, they backed off the requirement in the final rule:

“However, when determining what should be reported in these respective cost centers, rather than finalize our proposed policy to use existing criteria for determining which devices qualify for OPPS pass-through payment, with the modification that the implantable device must remain in the patient at discharge, we are instead adopting the commenters’ recommendation that hospitals should use revenue codes established by the NUBC to determine what should be reported in the ‘‘Medical Supplies Charged to Patients’’ and the ‘‘Implantable Devices Charged to Patients’’ cost centers. We note that use of the existing revenue codes will still generally result in implantable devices being reported in the ‘‘Implantable Devices Charged to Patients’’ cost center because revenue codes 0275 (Pacemaker), 0276 (Intraocular lens), 0278 (other implants), and 0624 (FDA investigational devices) for the most part, generally would be used for reporting higher cost implants. However, use of the existing NUBC definitions would not require that the implantable device remain in the patient when the patient is discharged; therefore, in this respect, the policy we are finalizing differs from the one we proposed.”

Note that “remaining in the patient at discharge” would appear to be a minimum permanence requirement. The question is what would be considered to be an implant that would not go home with the patient? People are wondering how to truly define an implant and to distinguish between an implant and sterile supply. Some consultants are advising providers that all pass-through devices with C-codes are implants and argue that Revenue Code 0278 is an appropriate option. They have inferred that CMS has extended the definition of an implant to include devices temporarily implanted or surgically inserted.

Should the NUBC revise its definition of “implant”? (See below.)

Many feel that it would help if we could define the minimum amount of time the item is planned to be in the patient. They also feel that a statement that the item is inserted with the intent that it will never be removed (regardless of whether it dissolves, degrades or dissipates) would be helpful too.

(a) Implantables: That which is implanted, such as a piece of tissue, a tooth, a pellet of medicine, or a tube or needle containing a radioactive substance, a graft, or an insert. Also included are liquid and solid plastic materials used to augment tissues or to fill in areas traumatically or surgically removed. An object or material partially or totally inserted or grafted into the body for prosthetic, therapeutic, diagnostic purposes.

“For the purposes of our agreement, an implantable device is: 1) a biocompatible mechanical device or biomedical material that serves to replace a biological structure, or 2) a device or biomedical material that supports and/or enhances the command and control of a biological process. Furthermore, an implantable device is only one that is intended to remain in the body for a minimum of six months. In addition, we are aware of some large managed care payers who require a 30-day minimum time period to be considered and paid as an implant.”

Source: This quote is found in a policy statement letter from AETNA dated February 2008 from Karen Chotiner, Vice President, Network and referenced in the NUBC Tentative Agenda public domain document

CMS also references Worksheet A – Line 55.01 (implantable devices charged to patients) which was added to identify “generally high cost implantable medical devices chargeable and traceable to specific patients”. This was effective for cost reporting periods beginning on or after May 1, 2009. In Section 3610, CMS updated instructions as follows:

Line 55–Include the expense of medical supplies charged to patients. These items are low cost medical supplies generally not traceable to individual patients. Do not include high cost implantable devices on this line. This amount is generally not input on Worksheet A, but rather allocated to this cost center on Worksheet B from cost center 15 (central service and supply) based on the recommended statistic of charges requisitioned.

Line 55.30–Include the expense of implantable devices charged to patients. The types of items includable on this line are high cost implantable devices chargeable and traceable to individual patients. Do not include low cost medical supplies on this line. When determining what costs are reported in this cost center, providers should use costs associated with implantable devices bearing revenue codes identified in the FR, Vol. 73, No. 161, page 48462, dated August 19, 2008. This amount is generally not input on Worksheet A, but rather allocated to this cost center on Worksheet B from cost center 15 (central service and supply) based on the recommended statistic of charges requisitioned. Identify this line with the appropriate cost center code according to Table 5 of the electronic reporting specifications. This cost center is effective for cost reporting periods beginning on or after May 1, 2009.